A Traveler’s Guide to Tipping in Cambodia

Like in much of Southeast Asia, tipping in Cambodia is technically not required, nor is it particularly customary. However, due to Cambodia's flourishing tourism industry, with many tourists coming from countries where tipping is common, the locals have become somewhat used to being given gratuity, and therefore may expect it.

Even if tipping is not expected, the country's extremely low wages means that a small tip (in any situation) will be highly valuable and appreciated. Especially in the hospitality industry, a $1 tip can sometimes be almost half of the worker's daily wage, so this is something to consider.

Knowing when and how much to tip can be a tough question, so below, we will provide a guide for all your tipping questions in Cambodia.

In almost any hotel that you arrive to, whether a small guesthouse, or a luxurious resort, there is likely to be a bellman who will take your luggage to the room for you. Such services are generally a good idea to tip for.

There are not many other areas in a hotel where tipping is expected, except for if you are provided a special service, such as repair workers fixing something in your room, a maid performing an extra favor, or other similar scenarios. In such situations, $1–$2 USD (~4,000 riels) is a sufficient amount.

Front-desk workers, concierges, and other hotel staff, generally do not expect a tip, so do not feel obligated to give one.

Tipping at Restaurants for Waiters/Waitresses

Tipping at restaurants is quite common for tourists, and is normally done by rounding up the bill. Almost no restaurant will have a ‘mandatory' tip, though in recent years, some upscale restaurants (like in luxury hotels) may add a small service charge on your bill. Keep in mind that to whom this service charge actually goes to eventually, is up for speculation.

Most common restaurants will only accept cash, and when you pay the bill, the change will be given back to you. If the change is not of a very large amount, it would be very appreciated if you leave the change on the table for your waiter/waitress.

If you felt the service was exceptionally good, a higher tip (between 5%–20%) may be a good idea.

If you felt the service was not satisfactory, no tip is necessary, though this is very unlikely to happen.

Taxi and tuk tuk drivers normally don't expect tips, and will not be offended if you just pay the fee that you are supposed to. For short journeys a tip is not required. If you take a longer journey (1 hour or more), or you feel the driver was particularly nice (made conversation, catered to your needs), a small tip can be a good idea (rounding up, and not taking the change back).

Tipping Your Guide and/or Private Driver

This is perhaps the one area where tipping is most expected, and although not specifically mentioned, is probably understood. No matter if your tour guide or personal driver was exceptionally good, average, or even not satisfactory, a tip would almost always be given. The standard amount is about 10%, or more if you felt the guide/driver went above and beyond for you.

Most guides are likely to give more than satisfactory services, and tour guides in such regions work hard to improve their language abilities, and gain sufficient knowledge of the place they will be taking you. However, due to the large competition for tour guides, many will ask for lower prices than what they are actually worth, so this is why a tip is encouraged.

There are some other situations where leaving a tip may be common, such as after a massage/spa, haircut, or any other similar service. For such services a 5%–10% tip will suffice.

A Note on "Smart" Tipping Etiquette

Be sure that if you do leave a tip, don't do it just to get rid of very small change (such as 50/100 riels) that you simply do not wish to carry around, as that could come off as insulting in some situations. Sometimes, it is better not to tip at all if you do not wish to give a reasonable amount.

Are you ready to begin planning your incredible Cambodia trip? Here at Asia Highlights, our team can help tailor-make the perfect trip just for you! You just need to let us know your preferences and requests, and let us do the rest! Check out some of our popular Cambodia tours. 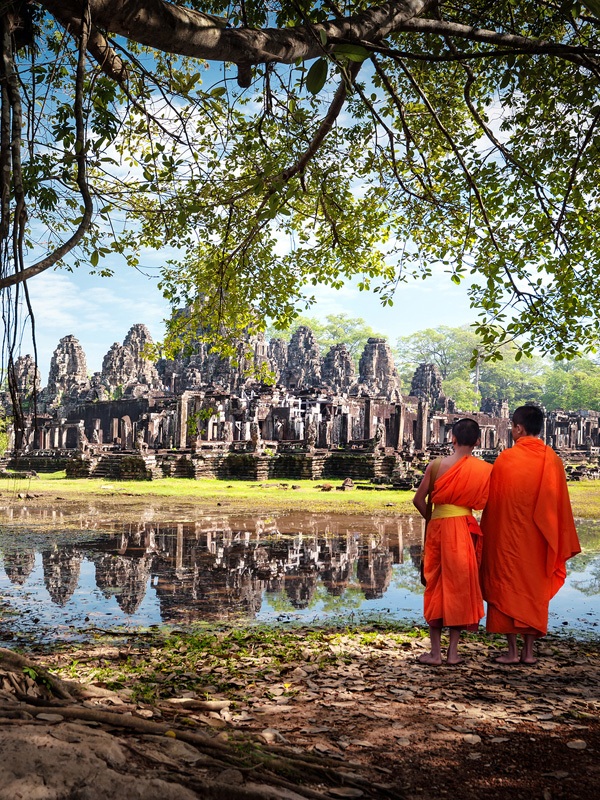