There is only one scheduled domestic airline in Sri Lanka - Cinnamon Air. There are other small airlines that mainly offer chartered flights including helicopters, fixed-wing aircrafts and seaplanes.

Traveling around Sri Lanka by flight can reduce travel time significantly to your desired destination. Flying allows you to get from the east to west coast, or vice versa, quickly.

To enter the country on or after Jan. 1, 2022, eligible travelers must

Cinnamon Air’s fleet consists of two Cessna 208 Amphibian aircrafts and one-wheeled Cessna 208B Grand Caravan. All their aircrafts are single-engine turboprops, and typically seats eight passengers with a single pilot. There are no meals/drinks or other services on board since the flying time is short (within 1 hour).

Below is the information for baggage service on Cinnamon Air:

In addition to the splendor of Castlereagh Reservoir, flying with Cinnamon Air also allows travelers to experience landing on water, an exciting opportunity that is out of the ordinary.

During your 20-minute flight, you will witness the magic of Colombo with its winding roads and rolling ocean waves. Start your tour from Waters Edge and watch the bustling life of the charming little towns of Moratuwa, Panadura, Wadduwa, Kalutara, Ratnapura, and Avissawella from up above.

During your 20-minute flight, you will discover the glory of the ancient city of Kandy from above and admire the surreal beauty of the Knuckles Mountain Range, Maduru Oya, Victoria, Galaha, and Peradeniya as you take a journey to remember with Cinnamon Air.

The net price for each 20-minute scenic tour begin at US$ 125 per person, minimum of 4 passengers and maximum of 8 Passengers per scenic flight.

Asia Highlights Tips: Scenic flights originate and end at the above specified locations (depending on the scenic flight selected). Tickets for your scenic flight are only valid for the date, destination and passenger specified there on and all tickets are non- refundable.

Cinnamon Air’s amphibious aircraft capabilities allows travelers to transfer swiftly and conveniently from any aerodrome or water aerodrome in Sri Lanka, meaning that they can seamlessly connect inland and coastal destinations such as Nuwara Eliya and Bentota. The official website offers reference prices starting from $1,250.

Bandaranaike International Airport is located in a suburb of Negombo, 32 kilometers (20 miles) north of Colombo. This airport has three terminals, Terminals 1 and 2 are international terminals and Terminal 3 is a domestic terminal. Most domestic flights depart and arrive here.

Koggala Airport, in Galle, 14 kilometers to the south of Galle town. It was originally a Royal Air Force (RAF) Station (RAF Koggala). It is now the SLAF Koggala, used for domestic flights as well as for military purposes.

Batticaloa Airport, in the village of Puthunagar on the island of Thimilathiu, 2 kilometers south-west of Batticaloa.

China Bay Airport, in Eastern Sri Lanka, is an air force base and domestic airport. Located approximately 7 kilometers south-west of Trincomalee, this airport is also known as Trincomalee Airport and SLAF China Bay.

Want to explore the ancient ruins and beautiful culture of Sri Lanka? At Asia Highlights we can plan your dream Sri Lanka trip complete with a tailor-made itinerary, private guide, and 24-hour customer service. 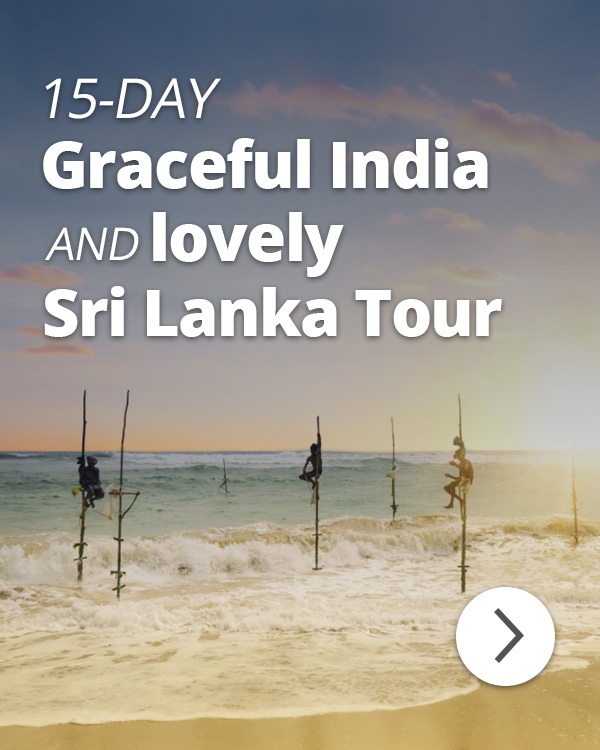