Entertainment and Nightlife in Tokyo

Tokyo is one of the most exciting cities on earth, and has a legendary nightlife. It is the city that never sleeps. Most entertainment facilities like restaurants, theaters, and shopping malls are open all day long, and nightlife is as enjoyable as life by day.

After sunset, there is no lack of activities to enjoy in Tokyo. Doing a food crawl, shopping, or even just having a trip around Tokyo, there is always something for everyone to do.

The view from the top is perhaps the most popular way to appreciate Tokyo's dazzling beauty at night. Many observation decks in towers and tall buildings will be open until around 22:00, providing great vantage points for lovely night views.

Popular observation decks are those located at the Tokyo Skytree, Tokyo Tower, Tokyo Metropolitan Government Building, and Sunshine 60 in the Ikebukuro district.

In addition, several skyscrapers have restaurants on their top floors from where you can enjoy good food and also good views of the city. Top floor restaurants are an especially good way of seeing the city views at night, but they are usually on the high-end side.

Some notable districts where top floor restaurants are common, include Marunouchi, Shiodome and Shinjuku.

Japanese people love light-ups. There are numerous sites and events through the year, offering spectacular and romantic lights that illuminate the city. The best season to see spectacular light-ups is winter. This is the time of the year when twinkling landscapes are set up all over the city, summoning everyone for a nice evening stroll.

Seasonal illuminations around Christmas have become a popular attraction in cities across Japan. They are typically displayed from around November to around Christmas or New Year. Some are also kept up until Valentine's Day in February.

Roppongi, Omotesando, Tokyo Station, and the area around Tokyo Tower are the must-visit places to witness the season's most dazzling lights.

Dining is probably the most anticipated activity during the night. All over the city, various types of dining establishments can be found, from humble family restaurants to traditional Japanese style Izakaya and classy three-star Michelin restaurants.

Asakusa offers many traditional Izakaya, with an authentic, down-to-earth, old-fashioned Japanese feel. Shinjuku, Shiodome and the Tokyo Station area are where many high-rise buildings with top floor restaurants are located. They make for great places to munch on a meal while enjoying the night scenery at the same time.

Yurakucho also has a lively restaurant district, built up under the brick arches under the elevated train tracks of the JR Yamanote Line.

In order for a travel destination to be awesome, it has to have amazing food. Tokyo street food will not disappoint. Street food is always a bonus because it usually comes cheap, freshly made in front of your eyes and it tastes delicious.

Tokyo is the best place on earth for foodies. There are more restaurants per capita than in any other city on this planet, which translates to fantastic food, great culinary dedication and some of the most incredible street food. Here are some examples you should not miss:

This is essentially a Japanese rolled omelette, served on a stick with roe over it. Tamogoyaki literally translates to grilled egg, and is made by rolling several layers of seasoned egg made in a rectangular frying pan.

Tamagoyaki has a subtle sweetness, almost like egg custard, but not so sweet that a dab of soy sauce would be unpleasant. It's not unusual for the Japanese to save their tamagoyaki at the end of their sushi meal, as a bridge between savory and sweet courses.

Takoyaki are crispy, golf-ball sized balls with a soft and gooey inside. They are made from wheat flour and filled with green onions, pickled ginger and a bite-sized piece of octopus. This is another Tokyo street food favorite which quickly becomes addictive.

It's a really cheap and satisfying snack, usually served with sauce, mayo, nori and green onion. You can watch the vendors as they make takoyaki. You will be amazed at the impressive display of agility involved.

Yakitori is a Japanese skewer with chicken or seafood, and vegetables. You can find it everywhere around Tokyo. You can expect anything on it from chicken breasts to chicken hearts.

Chargrilled to perfection, these flame-kissed skewers are either slathered with tare sauce, a teriyaki-like sweet soy sauce glaze, or with dry seasoning. Either way, they're a Tokyo street food classic and must not be missed.

Aside from partying and drinking during Tokyo's nighttime, watching traditional performances is also another great entertainment. Kabuki and Noh performances are the most popular.

Kabuki is a type of traditional Japanese theatre that uses drama, dancing, and music. Performers often wear elaborate costumes and makeup, including masks. All roles are played by men, but so skillfully do they control their gestures and voices, that it's often hard to believe that the female characters aren't played by women.

Kabuki has three to four acts with 20 to 30-minute intermissions between each act. Kabukiza is the main Kabuki Theatre in Tokyo, and it's the biggest Kabuki theatre in Japan. Kabukiza features Kabuki shows throughout the week. Evening shows will start from 4:30 pm to 9 pm.

Noh is a form of theater, involving music, dance and drama, originating in the 14th century. It is the oldest and most revered style of Japanese drama, full of highly codified aesthetic principles and subtle word play.

These days, a typical Noh program will last a couple of hours and consists of two or three Noh acts with short kyogen pieces in between. In Tokyo, venues of such programs include the National Noh Theatre near Sendagaya Station, the Kanze Noh Theater in Ginza and the Cerulean Tower Noh Theatre in Shibuya.

Japan has more hot springs than anywhere in the world, so it's the perfect place to warm up this winter with a good soak.

Tokyo offers numerous large hot spring establishments with varied choices of baths, relaxation, dining and entertainment options. Central Tokyo is full of real hot springs, most of them being a part of larger sports complexes, but they are still modeled to look traditional.

There are plenty of baths in Tokyo, including the mega Oedo Onsen Monogatari. But for a real escape, you can go to one of the resorts to enjoy a mini-break that'll leave you sloth-like in your levels of relaxation.

Like other global cities, Tokyo has attractive jobs, food and shopping. Although shops don't stay open late, that doesn't mean all Tokyoites turn in early. In fact, when the sun sets, it's time for nightlife hotspots to open. Here are the top nightlife districts around Tokyo:

Just a few stations away from Shibuya, Shinjuku is a city-within-the-city that never sleeps. This is the place where boredom is not a possibility. Being Tokyo's busiest nightlife neighborhood, you'll find shops open 24 hours every day, as well as bars, Izakaya pubs, restaurants and almost anything you can think of.

The Kabukicho section of Shinjuku is Tokyo's most well-known red-light district. Despite the area's shady reputation, it can be very interesting for you to explore, and amongst the madness you can find great little bars and restaurants, along with some local music venues and more.

As one of Tokyo's most tightly packed and brightly-lit central districts, it's no surprise that Shibuya stays up late, offering countless eateries, boutiques, watering holes, clubs, arcades and karaoke bars, catering to night owls well into the small hours.

Shibuya commands a younger local audience. As it's the cultural center of the energetic youth of Tokyo, for sure there's always something going on 24/7. Shibuya has a lot of good live music houses and nightclubs to suit all tastes, far too many to name.

By day, Ginza is an upscale business district and high-fashion shopping destination, boasting one of the largest concentrations of luxury brands in the world. By night, it becomes one of Tokyo's premium entertainment districts, with scores of decadent fine-dining restaurants, chic bars, and lavish nightclubs.

Nightlife in Ginza is not as crazy as in the other areas, it's more subtle. There are flashy restaurants and popular hangout spots, including the upscale nightclub Genius, where you can see people partying in high fashion. But many locals prefer to go to member-only bars for the peaceful drinking atmosphere, enjoying exclusive premium drinks and deep conversations.

Packed to the brim with bars, clubs, and all-night revelers, Roppongi is without a doubt one of Tokyo's most famous nightlife districts. It is well known for a heavy concentration of foreigners, so places there tend to cater to the western lifestyle.

A large concentration of foreign-friendly nightclubs, bars and restaurants can be found in the area. Some of the more famous spots include the Roppongi Hills Club, for an opulent dining experience, or V2 to get down in one of the most stunning nightclubs in the city.

Tokyo's nightlife is an experience that will just blow you away. There is just so many things to explore and experience in the city's vast night districts. Go with Asia Highlights and experience Tokyo's wild and exciting nightlife at its fullest. 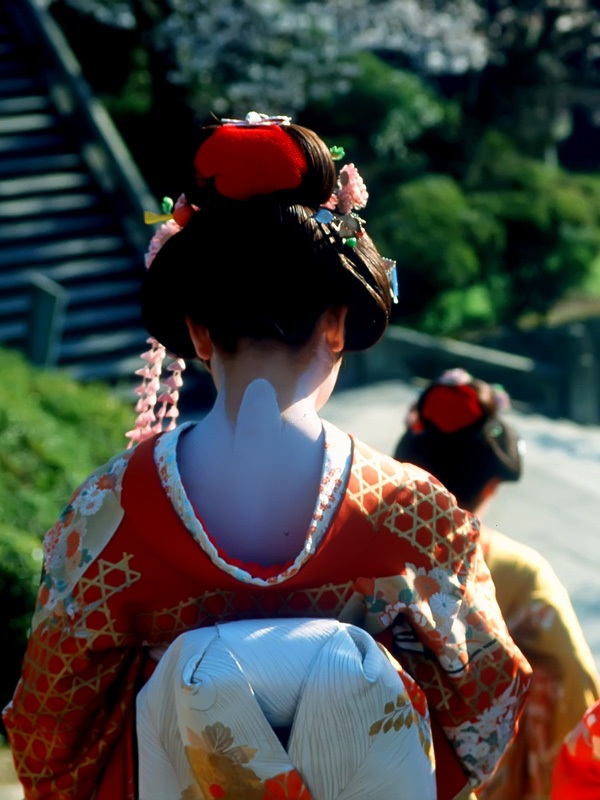