Singapore is a melting pot for diverse cultures, and a multitude of languages and dialects are spoken in Singapore. In Singapore, many road signs and tourist signs are multilingual, with English, Malay, Chinese, and even Japanese. Multilingual public broadcasting is available in Singapore Airport and on some bus lines.

Before being colonized by the British, Singapore belonged to the Kingdom of Johor (1528–1824) on the Malay Peninsula, and Singapore's aborigines were mostly Malays. To respect the language of the indigenous, and due to other political factors, Malay has been taken as the national language of Singapore. The Singapore national anthem, Singapore's honour system, and military passwords are all in Malay.

Malay is spoken by about 13% of Singapore's population, and the dialect they speak is Bazaar Malay, informal spoken Malay used in daily life.

Bazaar Malay is a mixture of Malay and Chinese, and it uses a Latin script, which is also known as Rumi.

2. English - the Main Language of Singapore

In Singapore, Chinese-speaking people make up about 75% of the population. So, you may be wondering why English is the main language of Singapore. Just as Singapore's founder Lee Kuan Yew said:

"Although the population of Singapore is mainly of Chinese descent, Chinese will never become the first language of Singapore. Although we were a multi-ethnic country surrounded by Malays at the time, in order to attract foreigners investors to come here and develop properties, our citizens have to speak a language they can understand, and that language is English.”

English is the administrative language in Singapore, and one of the important languages of international business. In Singapore's education system, English also the medium of instruction for all subjects (except 'mother tongue' i.e. Mandarin). However, Singapore implements a bilingual policy, and students not only study English, but also learn Mandarin, which is a good way to ensure that Chinese-heritage children stay in touch with their traditional roots.

3. Singlish - the Mark of Being a True Singaporean

Singlish, meaning 'Singaporean English', is an informal and colloquial version of English. It is discouraged in formal settings and schools, but it has long been the official dialect of Singapore. Singlish is a hybrid form of English that ignores basic English grammar and incorporates vocabulary from Malay as well as Chinese and Hindi, with many unique localized "slang" idioms. Singaporean people know this is not proper English, but Singlish has a strong cultural connection with them. So, Singlish has become the unofficial lingua franca, and it is the identity mark of being a Singaporean for many.

Mandarin is the official mother tongue of Singaporean Chinese. About 36% of the Singapore population speak Mandarin (or Huayu). However, before late 20th century, Hokkien (Minnanyu) was the lingua franca among Chinese in Singapore. Besides Hokkien, there are also other Chinese dialects such as Teochew, Hakka, Hainanese, and Cantonese spoken by Singaporean Chinese people due to Chinese immigration from these language areas of coastal southern China.

In order to standardize the Chinese language in Singapore, and because of the speed of development in China, the Singapore government has promoted Mandarin learning among Singapore Chinese, which is based on the Beijing dialect. Mandarin is the only official Chinese dialect which can be taught in schools.

Examples of Mandarin Used in Singapore

4. Tamil - the Mother Tongue of Most Singapore Indians

Indians make up about 9.2% of Singapore's population. The number is relatively small, but there are many different Indian languages spoken in Singapore, including Tamil, Bengali, Gujarati, Hindi, Punjabi, and Urdu.

However, Tamil has been recognized as one of Singapore's official languages because a large proportion of the Indian settlers immigrated from the Tamil Nadu region in the southern India. Right now, about 3% of the population speak Tamil in Singapore.

Examples of Tamil Used in Singapore

Other Foreign Languages in Singapore

Touring Singapore with Us

Singapore is a megalopolis with diverse languages and cultural roots. Tour with us and let us show you the cultural riches of this colorful country with your own private guide and driver. Contact us and discover Singapore your way! 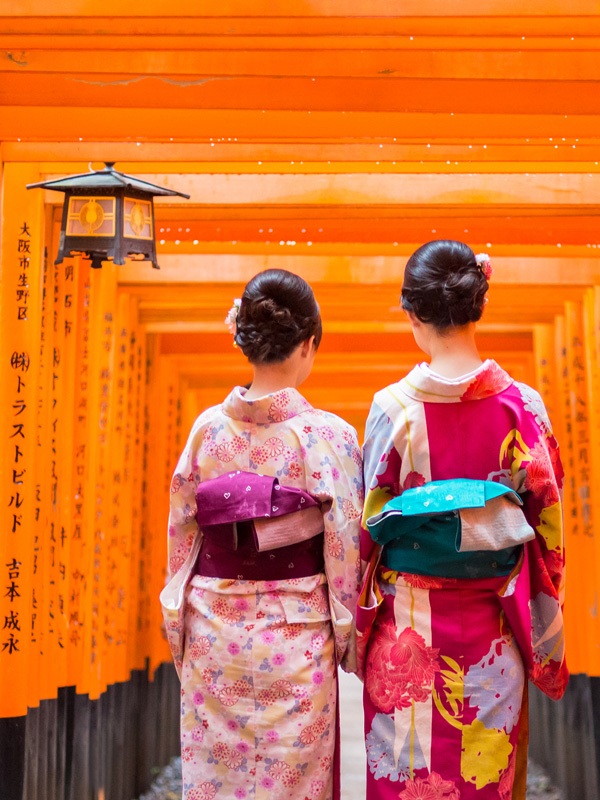 19-Day Japan, China, Singapore and Bali100% refund policy! (up to 14 days before departure)
Create my trip