Where is Nepal — Nepal on the Map

Nepal is an independent landlocked country located in south-central Asia, sandwiched between India and Tibet. The country is located at the southern foot of the Himalayas. Almost one third of the famous Himalayas mountain range is situated in this country.

It is bordered by China (Tibet Autonomous Region), and India (the Indian states of Uttarakhand, Uttar Pradesh, Bihar, West Bengal, and Sikkim). Bhutan and Bangladesh are also close, just across the valleys of Sikkim.

The Landscape of Nepal

What Nepal lacks in notoriety, it makes up for in its magnificent landscape and unique geographical features, with vast regions of natural beauty. These areas include the Himalayan region (north), Mid-Hill region (central), and the Tarai region (south). Each region has its own stunning landscape.

The altitude of this area is between 4,877m and 8,844m, and is therefore called ‘the Roof of the World’ — or part of it, being part of the southern edge of the Plateau of Tibet. Five of the world's six highest mountains are found there.

This region is known for its numerous lush valleys, the largest of which are Kathmandu Valley and Phokhara Valley. In the south of the Mid-Hill Region, is the Mahabharat mountain range that parallels the Himalayas.

This area is Nepal's most significant agricultural region. In these sub-tropical forest areas, vast marshes and various forms of unique wildlife are found, including Royal Bengal tigers, one-horned Rhinos, and the Gharial crocodile.

14-Day China, Nepal and India Tour A Journey to the Holy Land

Nepal’s portion of the Himalayan mountain range occupies 25% of the country. The mountains are covered with snow all year-round, attracting thousands of trekking and mountaineering fanatics from all over the world to witness the amazing scenery.

Most of these peaks are not open for tourists and climbers, and only designated view-points and routes are allowed to be explored. The amazing views of Mount Everest, Dhaulagiri, and Annapurna are always involved in popular trekking routes. Land in Kathmandu and begin your journey from there.

Mt. Everest has for centuries been the most sought-after point of prestige for mountaineers and explorers worldwide. See it on the ever-popular Everest Base Camp Trek, Nepal’s top backpacking trail.

Dhaulagiri, the 7th highest peak in the world, is known to many as ‘Devil Peak’ due to its unforgiving climate, and steep slopes. The beautiful sight of Dhaulagiri can be seen on the Upper Mustang Trek.

Annapurna, world’s 10th highest peak, is the only one of the world’s 8,000m peaks that is somewhat easily accessible because of good climbing conditions, accessed by the Annapurna Camp Trek.

The Himalayas’ landscape is covered by steep hills, icy glaciers, and extreme weather conditions, making it difficult to cross. Getting to certain parts of the region and witnessing its breathtaking views can be done by both trekking trails or by airplane if you’d rather not hike.

It is a fantastic thing to have a bird’s view of the entire Himalayan range while flying in an airplane. Flights take off from Kathmandu, and last about 50 minutes, allowing you to catch a glimpse of the highest peaks.

For non-trekkers, at the start of your trip to Nepal, it is suggested to take 2 days in Kathmandu. Visit the Buddha Temple, explore the local markets, and eat every momo you can (these dumplings come in many kinds).

Have a day trip to Bharatpur nearby to see some classical architecture.

Next, head to Pokhara for about 2 days. Fera Lake is a great place to spend time, and the Peace Temple has some great views. You could take a flight to see Mt. Everest up close and personal.

Finally, spend a day and night in Chitwang National Park for a special safari experience of seeing rhinos and tigers.

The essentials trip just described takes about 6–7 days. However, many travelers like to extend their trip from Nepal to Tibet or India.

As for India, the most common route from Kathmandu is via Sunauli, then on to Gorahkpur, where you can get to almost anywhere else in India. Just ask one of our travel advisors for more information about travel to India.

The most common route that people take to Nepal is by air. The international airport in Kathmandu has flights to/from almost every Asian country in the region.

However, there are no direct flights to Nepal from Europe, America, South Africa, and Australasia, so going to Nepal must be done via connecting flights in Asia.

Tourist visas for Nepal can be obtained on arrival, via the online platform from the official government website, or via Nepal embassies and consulates worldwide. Read more about applying for a Nepal visa.

With our specially-trained local guides, we will ensure that your Nepal trip will be an amazing and memorable experience!

Let us know which parts of Nepal interest you most, and we will help tailor the perfect trip for you. Start to plan your Nepal tour with one-on-one assistance from our travel advisors, and we will create a trip of a lifetime! 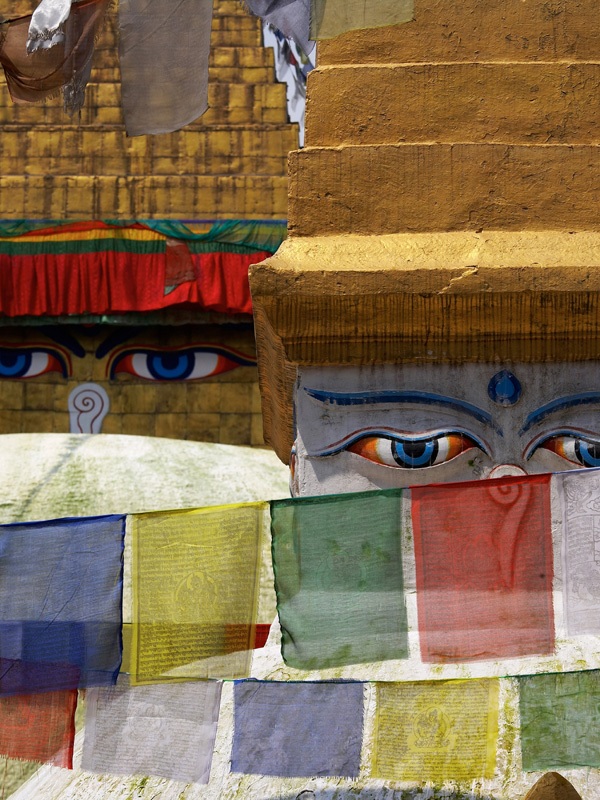 11-Day India and Nepal Tour100% refund policy! (up to 14 days before departure)
Create my trip