What to Eat in Myanmar - Most Popular Dishes

With strong and mixed influences from Chinese, Indian and Thai tastes, Burmese cuisine is characterized by three features:

Extensive use of fish products and fermented food

Due to religion and geography, fish is among the major sources of protein, along with chicken and mutton. Fish products, such as fish oil, fish sauce and fermented saltwater fish, are widely used for cooking.

Use of fish products, however, varies from region to region. In lower Burma, including Yangon and the Arrawaddy Delta, the kitchen is dominated by fish sauces extracted from seafood and freshwater fish. In upper Burma, from Mandalay to the hillside regions, people turn to fried fish and other forms of water-food.

Culinary skills retain the original taste of the ingredients

Most ingredients used in Burmese dishes are fresh and organic. People find the most straightforward way to make food tasty, yet true to the original taste of the ingredients. Whether they consist of meat or vegetables, ingredients can be roasted, stewed, boiled, steamed and fried, or some combination of these, following no specific recipes. Some dishes are even served raw, such as tea leaf salad.

Rice is at the center, accompanied by meat, and lots of vegetables and fruit

Just as in all other Asian countries, rice is the core staple of Burmese food. Rice, or sticky rice, is typically served along with fish, chicken and mutton. Beef and pork are avoided, as the former offends the Hindu gods, and pork-eaters are loathed by Nat spirits.

Burmese cuisine uses a wide variety of vegetables such as string beans, radishes, tomatoes, swamp cabbages, onions and bamboo shoots. It follows the same trait as Thailand in using a lot of fruit, including mangoes, plums, papayas, lychee and jackfruit.

The main condiments in Burmese cuisine are sour and spicy, but much milder than in India or Thailand. A common Burmese meal consists of a main dish, which might be Burmese curry, fried fish, mutton, or salad, other side dishes, sour soup, salad, dips and desert. Everybody will have a bowl of rice or sticky rice.

For people with Halal or vegetarian preferences, Myanmar offers a good range of choice.

Although food is not the biggest selling point for a trip to Myanmar, Burmese cuisine still has its special fan base. Here is a short-list of some of the most popular dishes you will probably be introduced to during your first trip to Myanmar.

Burmese Biryani: A rice dish cooked with mutton, chicken or vegetables, originating from the Muslim community of India, and often eaten with a salad of sliced onions and cucumber.

Shan Tofu: This is actually a bowl of thick porridge made from chickpea flour, looking like tofu in Chinese cuisine, often served with chicken and rice noodles beneath, topped with some drops of chili oil. Side dishes include pickled veggies and broth.

Some words you will see on a Burmese menu

Mont: Deserts or dishes made with coconut milk (except for Mont Di, which consists of rice vermicelli served with ngapi or powdered fish)

Ngapi: Fermented or pressed sauce or products made of fish

Apart from the usual etiquette such as not coughing, sneezing or blowing your nose at a meal, here are a few things to remember if you are lucky enough to be invited to dine in a local home.

Elders are the most important members of a family or monastery. The elder is always served first and others should wait their turn, until the elder starts to eat. The first scoop of rice, called U Cha (meaning first serve), is taken out of the pot as a respectful offering to the elders. Even when elders are absent, this scoop will be put aside.

Food is served simultaneously, not in different courses. Small bowls and plates are scattered over the low, small, rounded table. People sit cross-legged on a mat, and it is important for skirt-wearing female guests to guard their modesty. Be careful not to let your toe point towards the in-house Buddha image. When all dishes are served, food should be taken onto your plate gradually. Scooping a big amount at one pass is regarded as greedy and rude.

Spoons are only used for distributing food. Local people use their right hands to eat, and you should do the same, if not supplied with knife and fork.

Regarding where to eat during your trip to Myanmar, please refer to our article: Top Restaurants in Myanmar.

How to Plan a Trip to Myanmar

Essentials to Know before You Visit Myanmar 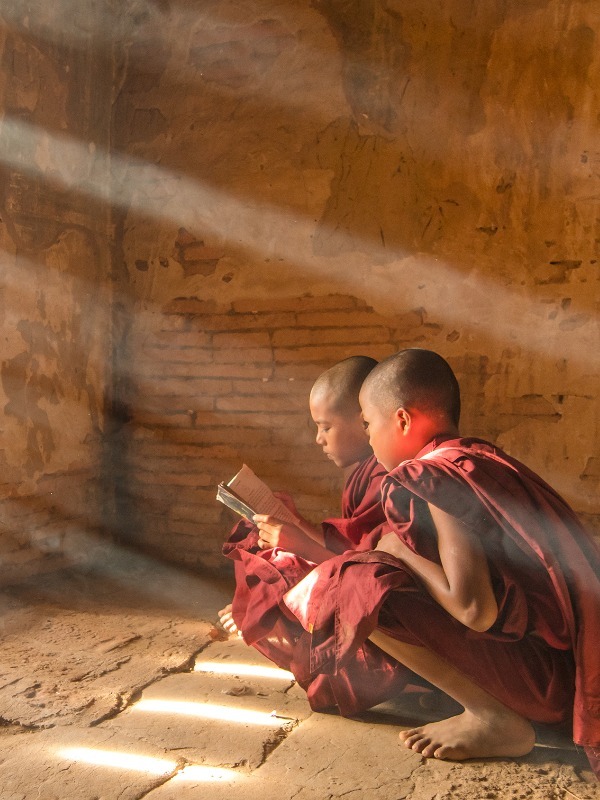