Laos celebrates many festivals during the year. Most Laotian traditional festivals relate to the Buddhist faith or agriculture.

On these festival days, Laotians seek blessings from the Buddha, pray for a good harvest, pay their respects to their elders, make offerings to monks, or spend time with family.

Alms giving is a frequent ceremony during festivals in Laos

Agriculture is extremely important in Laos. So, the Rice Festival of Boun Khun Khao is one of the most important festivals. The festival is to express appreciation to the spirit of the land for the abundant new harvest. The festival takes place on the banks of the Mekong River, around Vientiane.

During the festival, rice farmers storing unhusked rice inside the temples. People usually sit around a gigantic bunch of flowers called Pha Khouan to attend a ceremony conducted by the elders of the village. They will tie a cotton string around people's wrists and then pray for their happiness and well-being.

Food During the Festivities

People would prepare some delicious specialties to eat during festive days, such as deep-fried Mekong fish, papaya salad, and rice wine. Everything they do is aimed to express their gratitude to nature for the rich harvest.

When the traditional rituals and ceremonies are over, you can take part in the joyful dancing and singing activities. Foreigners are more than welcome!

In Laos, elephants have a lot of symbolical and historical significance. The festival is an opportunity to build a lasting relationship between Lao people and these amazing creatures. It also tries to draw attention upon the endangered status of the elephants all over Asia.

Where It Is Celebrated

First held in 2007, the Lao Elephant Festival is celebrated every year in February in Sayabouri Province, located south of Luang Prabang. Every year, more than 80,000 people gather to participate in the joyful festivities.

The elephants, blessed by the monks, will parade through the city, while tons of different entertaining activities such as firework displays, dancing, musical plays, and movies can be watched.

At the same time, different shows demonstrate how elephants are trained, bathed, and fed, and one can also get an opportunity to ride on an elephant. A contest is held to award "The Elephant of the Year."

Pi Mai is the Lao New Year, an occasion of joyful celebrations that lasts for three days. It is the most important festival of the country takes place in April, the hottest month of the year.

The biggest celebrations are held in Luang Prabang, where the party goes on for almost a week.

14th April: This is the last day of the year. On this day, people use pure or scented water to wash their houses and Buddha statues. Children pour perfumed water on their elders and on monks to receive their blessings.

15th April: The second day of Lao Pi Mai is also called "No Day" since it falls between the old and the new year. On this day, elders ensure that young people don't rest, for it will bring bad luck in the new year. Instead, they are encouraged to clean the house or pour water on elders for blessings.

April 16th: This is the first day of the new year and a Baci ceremony is held: It is performed by a former Buddhist monk and it aims to call back the wandering Kwan, the spiritual guard of human beings. People gather to pray around flower trays and ask forgiveness for their past mistakes.

At the end of the Lao New Year there is a candlelight celebration held around the temples.

How to Say "Happy New Year" in Laos?

If you want to wish someone a Happy New Year, you can say "Sabaidi Pi Mai" or "Sok Di Pi Mai".

Boun Bang Fai, held near the beginning of the wet season, comes from old fertility rites and is an important occasion for Buddhists to make merits (i.e. to gain a protecting beneficial force). Farmers will pray for the following harvest season and more people will pray for healthy and wealthy.

The first day includes performances and processions of floats, and the second day is the biggest part of the festival, a competitive firing of homemade rockets.

The rockets (bang fai) are like Chinese fireworks and are made of bamboos. The rockets come in various sizes and are decorated colorfully. The largest ones, called ‘Lan', are nine meters long containing 120 kg of black powder.

Throughout the celebrations, hosts will prepare a variety of traditional food for their guests.

In Vientiane, the Capital, Boun Bang Fai is organized outside the city for safety reasons. The most famous events are held in the surrounding villages.

This period is the Buddhist lent lasts from July to October. The beginning is called Khao Watsa and the ending is called Ok Watsa. During this period, monks will stay inside the temples to study and meditate.

History of the Festival

The legend behind this festival comes from the wanderings of Buddhist monks - they would not stop even during the wet season, treading on the rice fields and ruining the harvest. Because of this, farmers complained to the Buddha, who then decided to forbid the monks to leave the temples for three months.

It is a period of tranquility for the entire country. Devout people won't touch alcohol, won't get married, and will strictly follow the Buddha's teachings. They will also donate food and other essentials to monks.

In temples and monasteries, monks will chant, tell the story of Buddhist Lent, and recite the teachings of the Buddha. Temples will be full of devout people making offerings to monks. People believe that the perfume from incense sticks will clear the air, and the light of candles will drive away ignorance and darkness.

The Lent ends on a full moon night in October, with a ceremony of monks receiving gifts.

Boun That Luang is an important Buddhist monument in Vientiane. The celebrations of Boun That Luang Festival are held during a full moon in November (the last month of the Buddhism calendar) and last for seven days.

The religious ceremony begins with a colorful parade of lay people, starting from Wat Si Muang (another important Buddhist temple built in 1563) heading towards That Luang.

When the formal part of the ceremony has ended, everyone tries to go inside the temples to light candles and incense and pray for good luck.

The day after, a huge crowd gathers at That Luang to pay homage to the stupa during a celebration known as taak baat. People will also make offerings to the monks. During the ceremony, everyone sits outside the temple in silence and listens to the prayers.

Then follows a picnic with boiled chicken and rice. In the afternoon, people will play tikhy, a game like hockey, played with a ball and long curved sticks. Usually, there will be two teams coming from different Vientiane municipalities.

The procession comes to an end under a full moon, with people gathering around That Luang for a candlelight procession.

National holidays can be tricky, and it may seem almost impossible to get accommodation or train tickets. However, with a little bit of preparation you will avoid all these problems. Check out the following tips:

Visiting a country when it's celebrating its festivals is an amazing experience that can help you get closer with unfamiliar traditions and customs. Every city will be lively and full of people, and you need to plan your trip carefully. Booking with Asia Highlights will give you the chance to rely on our knowledgeable staff: we will tailor-make the perfect, hassle-free trip for you, assisting you 24hrs a day. 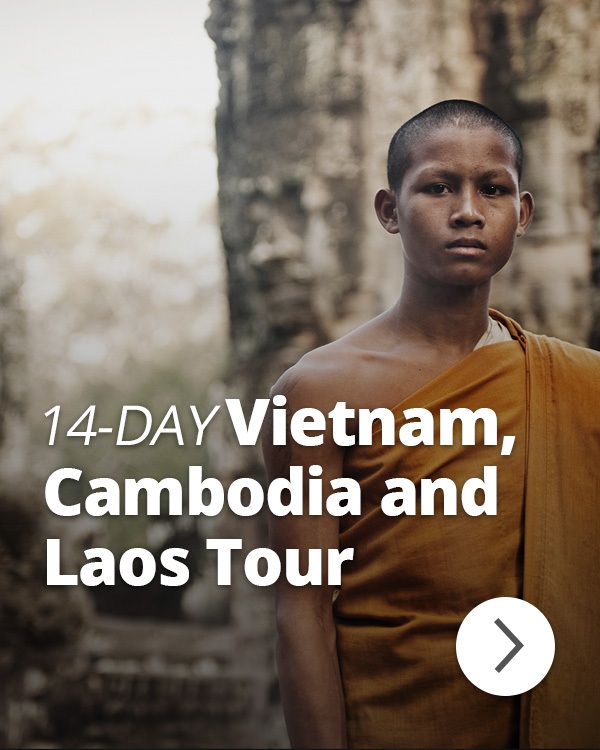