What is Curry in India and Indian Curry Dishes

When most of us think of the word "curry", we picture colorful Indian dishes with a thick sauce. While the majority of the western world believes that the word curry refers to all Indian food, in India, it's a different story.

In India, there is a spice called curry leaves, a pan called the karahi, and about 5 dishes commonly called curry. These dishes include chicken curry, lamb curry, egg curry, fish curry, and kofta curry. All of the other Indian dishes that we think of as curries actually have their own unique names on the Indian subcontinent.

In this article, we will talk about what curry is and isn't in India, common misconceptions about curry, and the top curry and non-curry dishes you should try.

The Difference Between Curry Leaves, Curry Powder, and Curry

One of the major confusions that comes with the word "curry" is all the different meanings it can have. For example, because curry powder is called—well—curry powder one would assume that it is used to make curry, right? Unfortunately, no.

Curry powder is actually a British creation and is a combination of many different spices that were considered Indian-ish. While curry powder is often used in the west to give certain dishes some Indian flavor, it's never used in India. Instead, Indians use whole spices or specific spice mixtures the most common of which is garam masala.

Curry leaves are bright green leaves that give off a bitter and sweet flavor. Curry leaves are commonly used in certain Indian dishes but are not required to be added to a dish to make it curry. Many authentic Indian curries don"t list curry leaves as a required ingredient and when they are listed adding them is often optional.

Now let"s move on to Indian curry. Many westerners use the word curry to refer to all Indian food, however, the word "curry" was coined by the British to describe Indian dishes with a sauce or gravy.

How Curry Got its Name

There are many stories about how the word "curry" came to represent all Indian dishes. Most of them start with the British who when they came to India had problems pronouncing many Indian words that were so different from their own language.

While 'curry' doesn't exist in Indian languages, there is a Tamil dish called kari which is a specific dish with a gravy sauce. It is possible that the British heard this word and started using it as a general description for Indian cooking without knowing its real meaning.

Some people also believe that the word curry comes from the word karahi which also sounds similar and is a type of two-handled pot that is used to make many North Indian dishes.

Although curry is not an Indian word, it has been more or less adopted by the Indian subcontinent with a similar meaning to the word "stew". Indians tend to only call a few very basic dishes curries such as chicken curry, fish curry, and egg curry. Other more complicated dishes are often called by their specific names.

Curry dishes usually start with a tomato and onion base to which spices like cumin, coriander, chili powder, turmeric, and sometimes garam masala are added. Most curry dishes are more watery and simple than other Indian gravy dishes and are more likely to have a milder flavor.

There is a large variety of curries and they are often made differently depending on the region. Every state or city in India may use slightly different ingredients in chicken curry. Fish curry is very popular in southern and western India with Kerala and Goa making their own distinct versions.

Egg curry is a very popular dish in Punjab where whole eggs are boiled then added to a tomato and onion gravy. Lamb curry is another favorite in North India.

Now that we've talked about what curry really is, let's take a look at some of India's top curries. These curries are broad categories of dishes and will include a lot of regional variation.

Chicken curry is a dish that is loved across India and is prepared in many different ways. Standard chicken curries are made from chicken stewed in onion and tomato sauce with ginger, garlic, chili peppers, and spices. In South India, they often add coconut and curry leaves to chicken curry.

One famous version of chicken curry comes from Maharastra in western India and includes coconut milk along with a spicier flavor. Most chicken curries are garnished with fresh coriander (cilantro) and then served with rice or a bread called roti.

Fish curry is often eaten on the coastal regions of India. This dish is a staple in Goa where it is famous for its tangy and spicy flavor. Goan fish curry is usually made with white fish, incorporates both North Indian and South Indian ingredients, and is usually served with plain rice.

South Indian fish curry has a sweet and tangy flavor and is locally called meen kulambu. The tangy flavor in this curry comes from tamarind which is a common South Indian souring agent. Kerala fish curry is particularly famous with its creamy sweet coconut sauce and hot chilies.

Some fish curries are served with bones, so make sure to be careful when eating.

Egg curry or anda curry is the most popular form of vegetarian curry. Most recipes for this dish come from North India and are particularly popular in Punjab. Often served with rice, this dish has a tomato and onion base and includes potatoes and boiled eggs.

In anda curry, the eggs are often boiled and served whole. Some recipes call for the boiled eggs to also be fried before being added into the sauce.

Like other curries, this dish will vary greatly from region to region and depending on where you try it, it may include ingredients like cashews, yogurt, and coconut milk, but the spices will typically stay the same.

Lamb curry or mutton curry is a classic North Indian dish that is also loved in Pakistan. This curry has an onion and tomato sauce and is cooked for long periods of time to bring out the flavors of the meat. This dish is often served with rice, but sometimes is thickened and served with a bread called chapati.

The most famous versions of lamb curry are served in Kashmir, West Bengal, and Odisha. In Odisha, the curry is always made with goat meat. In West Bengal, the dish is known as kosha mangsho and has a thicker gravy than other curries.

Another popular version of this dish is was created during the time of the British Raj and called railway mutton curry. This type of lamb curry was famously served on trains during the colonial era and included coconut milk and tamarind to extend its shelf life and give it a tangy flavor.

Railway mutton curry can be found at several restaurants throughout India including Oh! Calcutta! in West Bengal.

Vegetable curry is just what it sounds like. An onion and tomato-based gravy with an assortment of vegetables.

Depending on where you go in India, vegetable curries can include a variety of different ingredients from potatoes and cauliflower to okra and green beans.

Now that we've talked about what is a curry in India, let's go over some other delicious gravy dishes that are often mistaken for curry. Whether you call these dishes curry or not, they are definitely worth tasting and are some of the most popular Indian food served aboard and in the country.

This delicious dish features marinated and barbecued chicken served in a hearty orange sauce. Chicken tikka masala is one of the most popular Indian dishes in the world but was actually invented in Scotland by a British-Pakistani chef.

The sauce of chicken tikka masala is made from yogurt, cream, and a blend of spices giving it it's irresistible creaminess and flavor. The best way to eat this dish is with a side of Indian bread. Naan or roti is a good choice.

Butter chicken is loved by both Westerners and Indians alike

On the global stage, butter chicken is probably the most famous Indian dish around. Well-known for its brilliant orange color, this dish hails from North India and contains tender pieces of chicken that are served in a creamy, buttery, and spicy sauce.

Butter chicken is often served with basmati rice and a side of mango chutney, or sauce, but can also be eaten with Indian bread. This dish is a great starting point for people who are trying Indian food for the first time as it is absolutely delicious and not too spicy.

Rajma is a popular vegetarian dish that consists of red kidney beans and a thick tomato sauce. Rajma has a light flavor compared to many other Indian dishes and includes spices like garlic, ginger, chili powder, and more.

Rajma is almost always served with rice as its thin consistency makes it difficult to eat with bread. This dish is very popular in North India and Nepal.

Another name for Chole is chana masala which means spiced chickpeas

Chole is sometimes referred to as chickpea curry and is a beloved North Indian food that is commonly served at weddings. This dish originated in Uttar Pradesh and its main ingredient is the humble chickpea which is covered in a thick and spicy gravy.

This dish is often served drier than most curries and is eaten with bread, typically puris. Chole is easily found in most Indian restaurants and even at street food stalls.

Dal is served in most Indian homes almost every day

Dal is a staple Indian dish that is made from lentils that are cooked until soft and mixed with spices. This dish is sometimes referred to as lentil curry, but most Indians will only call it dal.

There are three types of dal, black dal, yellow dal, and green dal. This staple dish is served with most meals in Indian homes and can be eaten with rice or bread.

In restaurants, you will often find dal makhani, which is a black lentil dish served with a thick savory gravy. This is a great dish to try for people who are new to Indian food because it's creamy, flavorful, and hard not to like.

Asia Highlights welcomes the chance to help you design your perfect trip to India. Check out the following links to learn more about our tours and get a head start on planning your hassle-free vacation today! 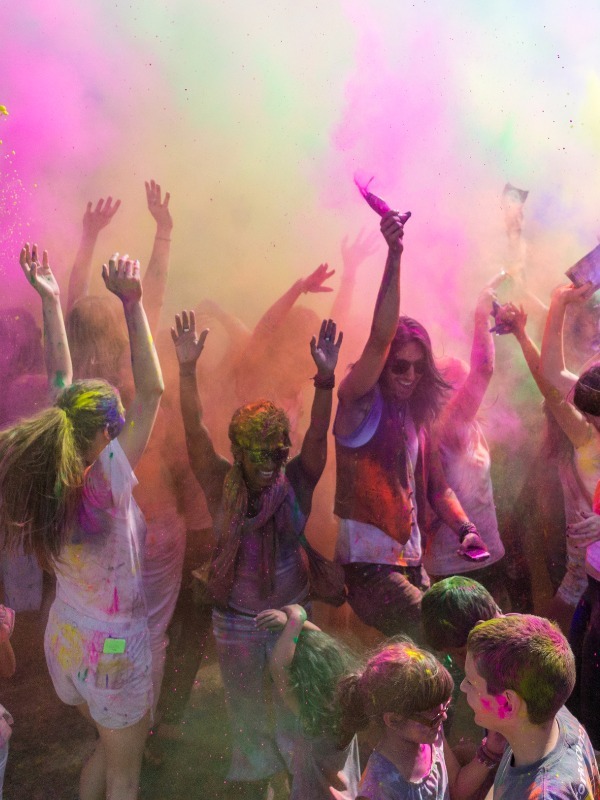