Where is Bhutan? A Bhutan Intro for Travelers

Bhutan, or Dzongkha in Bhutanese, was founded in the mid-17th century and is considered to be the last remaining Himalayan kingdom. Often overlooked in favor of its more popular neighbors, Bhutan is a magical place shrouded in mystery and offers everything from breathtaking landscapes to incredible spiritual and historical sites.

A country guided by the philosophy of Gross National Happiness rather than Gross National Product, Bhutan takes great pride in its national culture and traditions and its government does its utmost to preserve such. Consequently, travel to Bhutan is somewhat restricted — making it one of the most exclusive travel destinations in the world.

Bhutan on the Map

Nestled in the Himalayas between India and Tibet, few people know about the small, landlocked country of Bhutan and even fewer can point it out on a map!

At just 38,394 sq. km (14,824 sq. mi), Bhutan is smaller than even the tiny country of Switzerland and resembles a tiny gem surrounded by the Himalayas. The country shares borders with Tibet on its northern side and is connected to the Indian states of Assam, Arunachal Pradesh, and Sikkim on its remaining three sides.

Bhutan on the Map

Needless to say, Bhutan is a high-elevation country with rich mountain culture and a fair share of lofty mountains — including the famous Gangkhar Puensum. Standing tall at over 7,500 m (24,600 ft), Bhutan’s Ghangkhar Peunsum is the country’s tallest mountain and is regarded as the highest unclimbed mountain in the world.

Bhutan is made up of 20 dzongkhags, or districts, each of which has its own administrative and judicial institutions, and all dzongkhags are accountable to the central government based in Thimphu — Bhutan’s capital city.

Bhutan's main attractions are located in the country’s western and central regions, namely in and around the major cities of Paro, Thimphu, and Punakha, which offer visitors everything from iconic Buddhist and cultural attractions to amazing Himalayan hiking. While not exactly major cities, other Bhutanese towns worth mentioning include Jakar and Wangdue Phodrang.

Thimphu is both Bhutan’s capital and its largest city. Located in the western part of central Bhutan, it’s considered to be the most modern city in the country complete with internet cafes and a variety of restaurants, bars, and a buzzing nightlife scene.

Regardless, Thimphu still manages to remain quintessentially Bhutanese thanks to its many cultural attractions and traditional architecture, such as the Buddha Dordenma — an imposing religious monument greeting all those entering this fascinating city. What’s more, Thimphu’s northwestern suburb of Motithang also plays a vital role in the preservation of endangered Himalayan wildlife like takins and red pandas.

Paro — Home of the Tiger's Nest

Paro is a small town in the Paro Valley, one of Bhutan’s oldest and most fertile valleys. The town itself serves as the seat of the Paro district and features an abundance of sacred sites and historical buildings, as well as Bhutan’s main and only international airport.

Paro’s main draw is without a doubt the amazing mountain valley landscape that surrounds it. The incredible scenery is what makes Paro one of the most sought-after destinations in Bhutan and serves as the perfect backdrop for the iconic Taktsang Monastery — the Tiger’s Nest.

Located roughly 72 km (45 mi) from Thimphu, Bhutan’s former capital of Punakha lies in a beautiful and fertile valley at the confluence formed by the rivers Mo Chhu and Pho Chhu. Home to the Punakha Dzong, the Palace of Great Happiness, it should come as no surprise that Punakha is one of the most beautiful cities in Bhutan.

Moreover, the drive from Thimphu to Punakha is absolutely stunning and the winding road passing through the renowned Dochula Pass offers a great opportunity to enjoy some of the most spectacular views in the Himalayas.

Jakar is situated at the foot of the Choekhor valley in the central-eastern district of Bumthang. The district itself is made up of four major valleys, yet the spacious and tree-lined Choekhor valley is by far its most beautiful — earning Jakar the nickname “Little Switzerland.”

Officially referred to as Bumthang, Jakar is actually a cluster of smaller settlements and serves as the district’s capital. It's an ideal place for those travelers looking for a mix of relaxation, sightseeing, and outdoor activities while being surrounded by some of Bhutan’s most gorgeous scenery.

Wangdue Phodrang in central Bhutan offers discerning travelers everything from sacred monasteries and ornate temples to rare wildlife and charming little villages. Set in a unique subtropical temperate climate, Wangdue Phodrang features an array of magnificent sites and its blend of tropical forests and snow-covered landscapes make for some of the most inspiring scenery in Bhutan.

As a result, Wangdue Phordrang has gained an unparalleled reputation for beauty among the local Bhutanese and travelers alike, particularly for the Phobjikha Valley — one of Bhutan’s few glacial valleys. Abound in natural beauty, the valley is one of Bhutan’s least developed areas and is home to some of the rarest Himalayan wildlife species in the country.

For centuries, the government all but cut off Bhutan from the rest of the world in an effort to preserve Bhutanese culture, and it wasn’t until the mid-1970s that the first foreign travelers were allowed into the country. However, times are changing and with locals readily accepting modern technologies such as smartphones and the internet, cities, particularly Thimphu, are rapidly adapting to modernization.

Nevertheless, Bhutan takes its traditions and culture very seriously and travelers are still required to abide by certain rules visiting Bhutan, such as:

1. All Trips to Bhutan Must Be Booked Through a Licensed Tour Operator.

Traveling to Bhutan isn’t as simple as hopping on the next plane out. All travel in Bhutan must be booked through a licensed Bhutanese tour operator or one of their international partners — and that includes visas. Apart from a few nationalities, all visitors to Bhutan require a visa.

Just like the trip itself, Bhutanese visas can’t be applied for independently. Thankfully, they’re something a licensed tour operator will be able to organize for you.

Bhutan follows a “High Value, Low Impact” tourism model, meaning that all visitors need to fulfill a Minimum Daily Package quota. This covers the entire duration of your stay and ranges between US$200-250 per person per day, depending on the season. The basic package includes 3-star accommodation, all meals, a private tour guide and driver, and all entrance fees.

Conscious travelers will be pleased to learn that a large part of the minimum daily package is used to provide the Bhutanese locals with free education and healthcare. Of course, extras like more luxurious hotels or treks to remote parts of the country are also possible and can be organized by most travel agents for an extra charge.

3. All Travel Must Take Place on Organized Tours

Visitors are not currently permitted to travel independently around Bhutan and may only visit specially designated attractions while accompanied by a tour guide on organized tours. Luckily, the minimum daily package includes guide and driver fees and many tour operators are flexible, giving you the freedom to pick and choose the attractions you’re interested in most.

Although this may seem too restrictive, it’s worth keeping in mind that these rules were created by the Bhutanese government to preserve its centuries-old culture and traditions, while keeping the local population’s best interests in mind.

Paro features Bhutan’s only international airport and flights are available to and from major Asian destinations. Just two international airlines operate out of Paro International Airport, Druk Air and Bhutan Airlines. While it’s possible to book flight tickets directly with the airlines, most tour operators should be able to organize your flights for you and will be able to better help you in case of emergencies or cancellations.

Bear in mind that some tour operators might require you to book your connecting flights directly. Flights to Paro are available from major Asian travel hubs including Delhi, Singapore, Kathmandu, and Bangkok.

A hidden gem and one of South Asia’s best kept secrets, the mystery surrounding Bhutan is part of what makes it such a fascinating country. Here are a few interesting facts about Bhutan:

Planning a trip to Bhutan? Connect with Asia Highlights today. Our travel experts and partners are on hand to organize anything and everything you need to guarantee a hassle-free experience, including visas and necessary documents. We’re here to help! 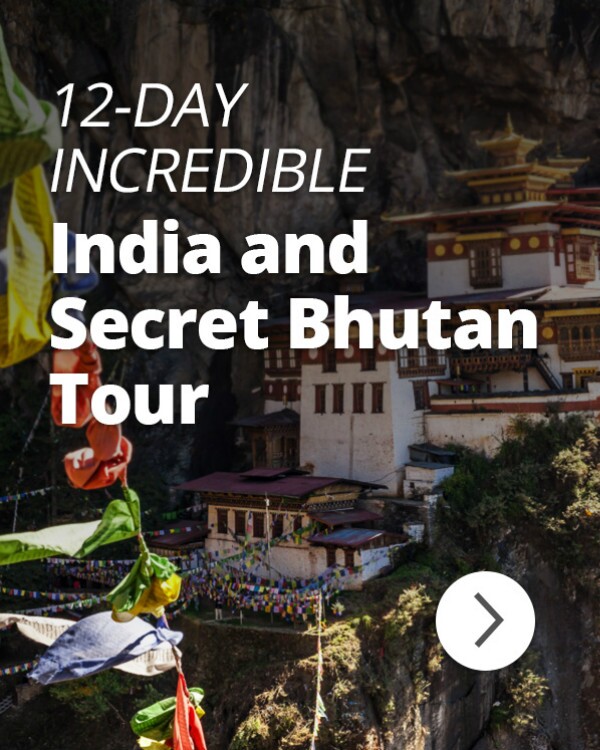